‘Feasting on billions while our planet burns’: UN calls for windfall tax on fossil fuel firms

The United Nations Secretary General has called on all developed nations to tax the windfall profits of fossil fuel companies. 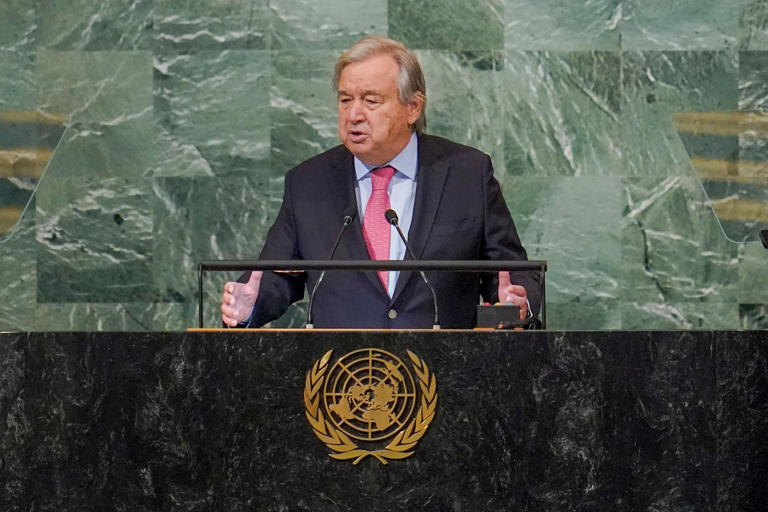 António Guterres said the taxed funds should be redirected to countries suffering loss and damage caused by the climate crisis and to people struggling with rising food and energy prices.

“The fossil fuel industry is feasting on hundreds of billions of dollars in subsidies and windfall profits while household budgets shrink and our planet burns,” he told the United Nations General Assembly in New York on Tuesday. “Polluters must pay.”

His remarks come after Britain’s new prime minister, Liz Truss, has made clear she is against a windfall tax.

Unveiling her government’s policies to respond to the energy crisis earlier this month, Ms Truss told parliament she believes it is the “wrong thing to be putting companies off investing in the UK just when we need to be growing the economy”.