The Hunter and Illawarra regions are set to become the centre of hydrogen production in the state after a government plan to produce energy there ended up attracting production proposals more than eight times its target. 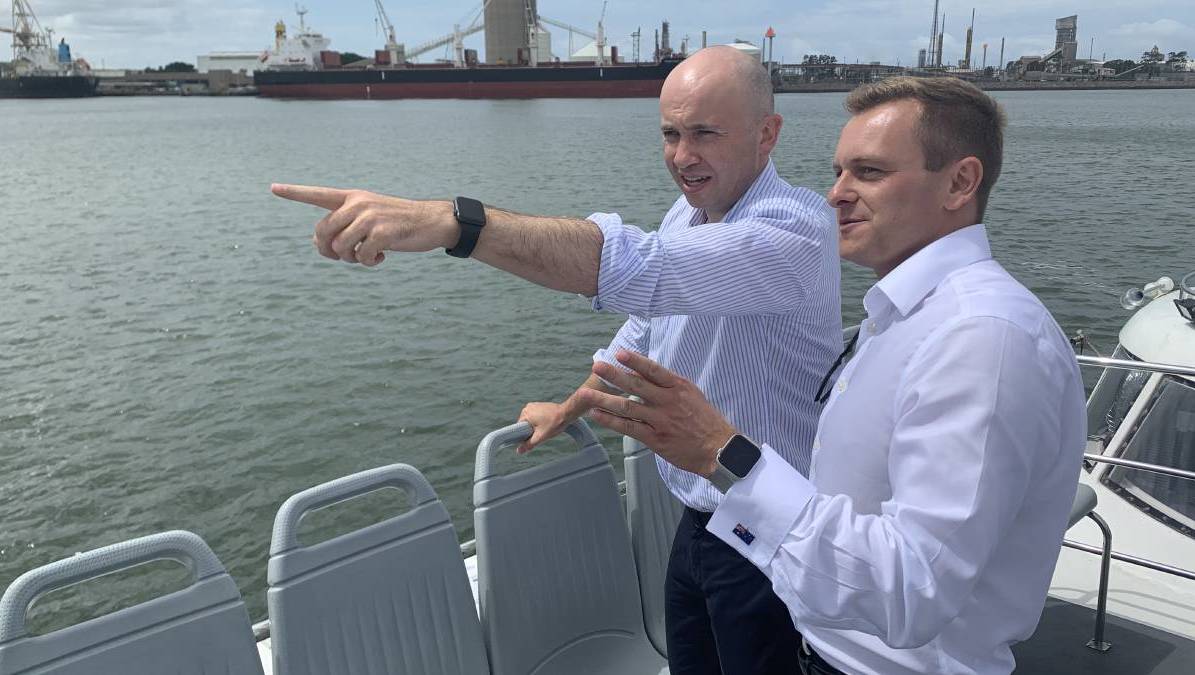 Energy minister Matt Kean and Parlimentary Secretary for the Hunter Taylor Martin at the Port of Newcastle last year.

Expressions of interest for developing hydrogen production in the Hunter and Illawarra, currently "coal country", have attracted more than $4 billion in proposed private sector investment.

Treasurer and Energy Minister Matt Kean says "the market has spoken". "This is an overwhelming level of commercial interest and it shows our policies are sending the right signals to energy investors, making NSW the go-to state for energy investment," Mr Kean said.

The initial plan targeted 700 megawatts of production, but proposals before the government could produce up to 5900MW.