Coal royalties should be used to fund a Hunter Region transition program of up to $105 million a year for 25 years, Professor Phillip O'Neill says. 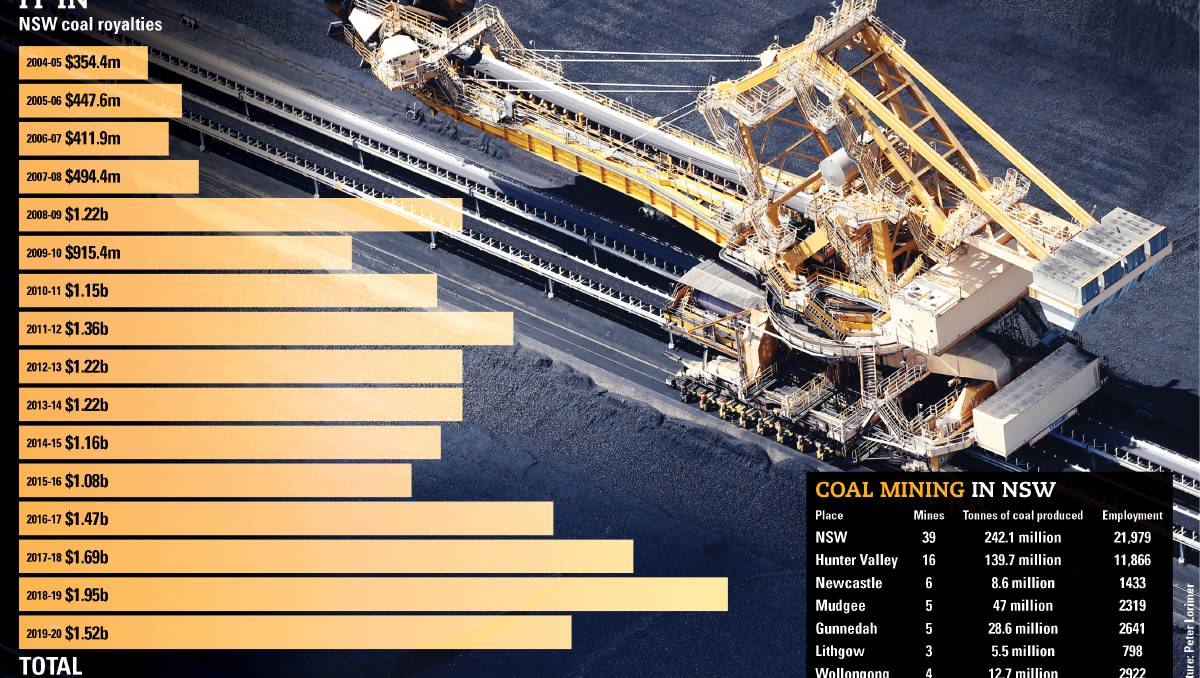 NSW government figures show the government has reaped $16 billion in coal royalties over the past 16 years alone.

The Hunter produces more than 60 per cent of coal in NSW, Coal Services data shows.

Professor O'Neill said the coal transition fund could be paid for, theoretically, in two ways.

Both methods would mean the NSW government still gets to keep the coal royalties.