Seoul is to set a 2050 net zero emissions goal and end coal financing, after the Democratic Party’s landslide victory in one of the world’s first Covid-19 elections

South Korea is on track to set a 2050 carbon neutrality goal and end coal financing after its ruling Democratic Party won an absolute majority in the country’s parliamentary elections on Wednesday.

President Moon Jae-in’s party won a landslide 180 seats in the 300-member National Assembly, up from 120 previously, in a huge show of faith in his handling of the coronavirus pandemic.

The election was one of the first nationwide polls to take place since the start of the pandemic, but the threat of Covid-19 did not deter voters from casting their ballot, with a record turnout.

Voters had to wear a mask and gloves and use hand sanitiser, with those failing a temperature check directed to special booths.

The Democratic Party’s decisive victory will enable President Moon to press ahead with its newly adopted Green New Deal agenda during the last two years of his mandate.

Under the plan, South Korea has become the first country in East Asia to pledge to reach net zero emissions by 2050.

As part of the Paris Agreement, countries have agreed to submit updated climate plans to 2030 and long-term decarbonisation strategies to the UN before the end of the year. 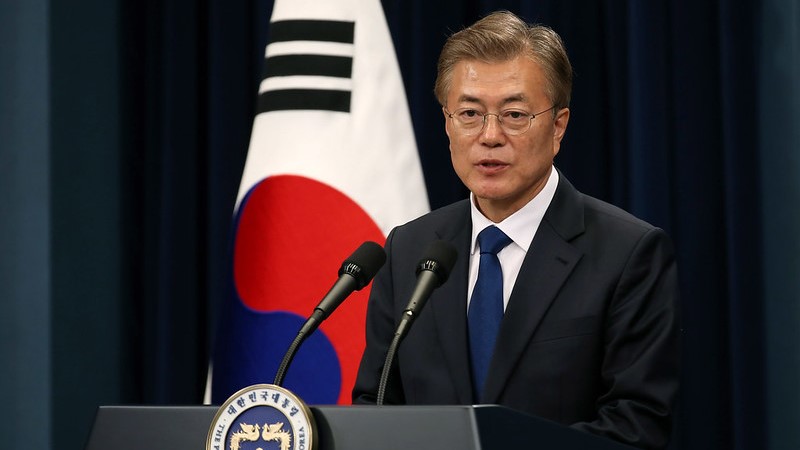