IT'S been labelled by critics as a "spit in the ocean", "spare change", "modest", "a cheap and insulting thought bubble" and "an absolute joke". 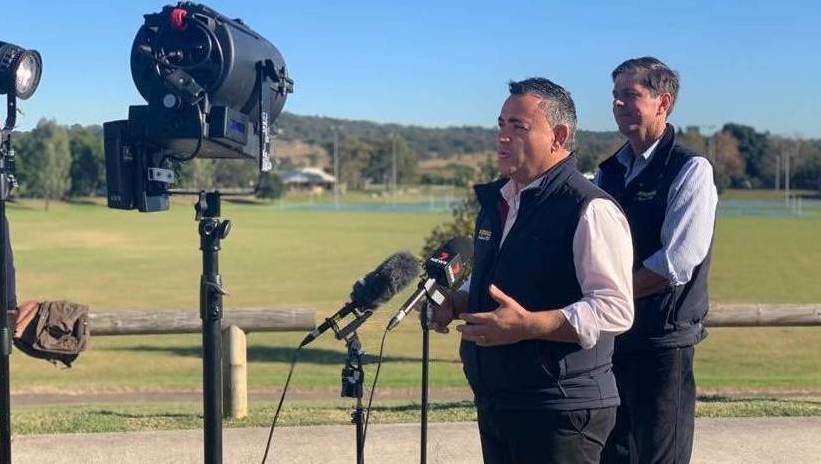 CAMPAIGNING: Then NSW deputy premier John Barilaro announcing the Resources for Rejuvenation fund with now Member for Upper Hunter Dave Layzell in the lead up to the Upper Hunter byelection last year.

But the controversial Royalties for Rejuvenation fund, announced last year by the NSW Coalition in its bid to win the Upper Hunter byelection, will be the key vehicle to drive change in coal-reliant regions across NSW after amendments to mining legislation won support in parliament this week.

But already a massive tug-of-war has broken out over what areas will be eligible to access the $25 million annual fund and how it will operate.

A government insider told the Newcastle Herald there were a "huge amount" of stakeholder angst and interest groups vying for input into the establishment of the fund, resulting in significant changes to way it will operate.

"It's a titanic issue that is so far underfunded, so there are groups from everywhere wanting to have their say in an effort to make sure they get a piece of the action. No one wants to be left out in the cold on this one because the stakes are so high," he said.